When we launched Octagon Therapeutics in late 2017, I was convinced that the time was right for a new antibiotic discovery venture. The company was founded on an impressive academic pedigree and the management team had known each other for years. Our first program was based on a compelling approach to targeting central metabolism in the most dangerous bacterial pathogens.  We had already shown a high level of efficacy in animal infection models and knew our drug was safe in humans.

At the time, 12 of the largest 18 biopharma companies had abandoned all antibiotic development efforts, focusing instead on disease-modifying therapies for chronic diseases or cancer. Rather than a negative signal, we believed this thin development pipeline presented an opportunity for small biotechs to fill the void.  Weekly headlines were screaming about the rise of "superbugs," the multi-drug resistant bacteria that cannot be treated with existing medicines. Pew Trusts had published an extensive report highlighting superbugs as the next leading global cause of death, eventually claiming more lives than all cancers combined. I was convinced that this clear clinical need would result in real reform in the antimicrobial development space, and that larger players would correspondingly re-enter the market, hungry to pick up first-in-class antibiotic programs.

In addition to a clear clinical need, there had been real movement on generating incentives for antibiotic development, and new funding mechanisms were becoming available. The GAIN Act had recently been signed into law, providing streamlined review and other development incentives for products targeting qualifying pathogens. CARB-X, a public-private effort backed by Gates and BARDA (and others), had been created specifically to fund preclinical antibiotic development efforts. Early companies receiving millions of dollars from CARB-X included Achaogen and Melinta, as well as Spero, Macrolide, and Tetraphase.

In Short: I Got it Wrong

Octagon was able to raise Seed financing based on our strong data package and founder CVs. However, as we put our heads down and began optimizing our interesting chemical hit, we watched the space further deteriorate:

And these are the success stories: drug development companies with the skill and good fortune to advance a novel medicine all the way to approval! 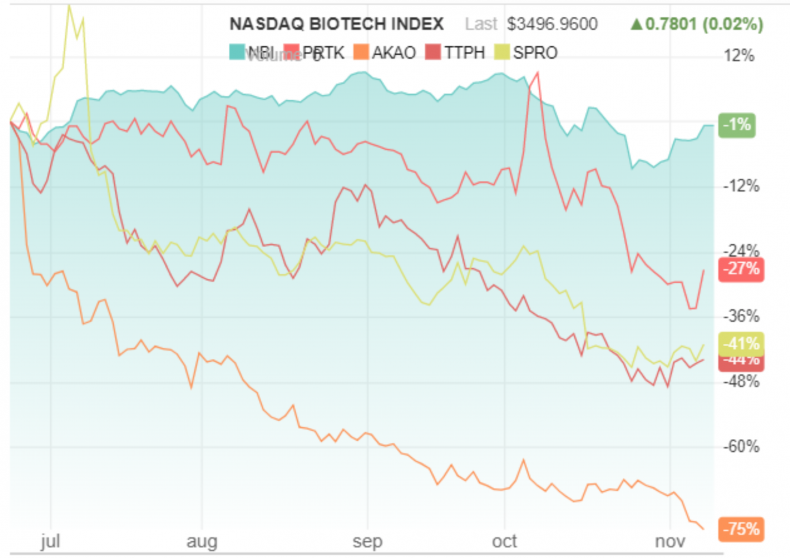 Antibiotic companies compared to the Biotech Index in 2018

Like so many larger biopharma companies, Octagon changed course, putting our promising antibiotic program on the shelf and focusing all efforts on a related approach to treating autoimmunity. The choice was not profit-maximizing; it was existential.

Why Did This Happen?

How has the space gone from bad to worse while rates of multi-drug resistant infection and deaths caused by superbugs steadily increase? Well, it’s actually not entirely clear how many lives are claimed by lack of effective antibiotics. Patients who contract, or succumb to, a resistant infection are severely undercounted. Under the Affordable Care Act, hospitals must pay a penalty for each hospital-acquired-infection (HAI) occurring within their in-patient population. As a result, if a patient dies from a superbug contracted during a procedure such as surgery, the official cause of death may be instead listed as “Complications from Surgery.” Consistent and systemic undercounting of illnesses and deaths from resistant infections further discourages the development of new antibiotics as the number of patients who need these medicines may appear to be very small.

The failure of the market for new antibiotics has also been caused by several economic and commercial factors. Approval incentives were not the only policy included in the GAIN Act. There were also measures designed to promote stewardship, or appropriate use, of new antibiotics. In short, when a new antibiotic becomes available, it should only be used as a last resort to prevent new resistance from arising. This kind of responsible use is a good thing! But stewardship severely limits the number of patients who will receive a new antibiotic and, correspondingly, the potential sales volume.

In addition, insurers pay for in-patient antibiotics as part of a lump sum to hospitals known as a Diagnosis Related Group (DRG). Using a cheap antibiotic increases hospital profit margins, while using an expensive new drug could mean that a hospital might lose money by treating a given patient. As a result, hospitals are incentivized to use cheaper antibiotics whenever possible. This puts significant pricing pressure on new antibiotics, which are one of the only type of medicines paid for like this.

As a result, new antibiotics typically end up with list prices in the $2,000 - $3,000 range (for a one-time cure!) while payers gladly shell out tens or hundreds of thousands for cancer drugs or medicines for rare genetic diseases.  Low sales volumes (due to stewardship) and low price points (due to DRG-driven pricing pressures) result in negligible sales for novel antibiotics. Achaogen's new antibiotic was seeing unimpressive sales of around a million dollars per quarter before the company folded.  At these sales figures, the company would have never recouped the cost of developing the drug.

Smart Money is Staying on the Sidelines

This is a complete failure of the market for these critically important products. Programs like CARB-X and the Novo REPAIR Fund, designed to fund risky preclinical work and promote data sharing, are well-meaning but insufficient. Antibiotics are just not worth the cost of development. Without a functioning market, CARB-X and other grant programs are a bridge to nowhere. Venture capital investors know this. VCs will tolerate biology risk, they like clinical risk, but they will not go near a venture where there is major commercial risk of failure. Risk capital is better deployed towards programs addressing large numbers of patients or those that can be expected to receive high price points. No amount of non-dilutive funding can make up for the lack of venture capital and growth capital investment in developing these medicines. Octagon pitched dozens of venture capital firms and watched partners immediately tune out at the mention of antibiotics; there is nothing worse than an investor meeting that is over before it starts.

The lack of venture capital investment into developing these products has further negative consequences.  Competition for talent is fierce in the biotech ecosystem. Cash-strapped antibiotic developers may be unable to compete with high profile VC-backed companies on compensation. The most skilled and ambitious scientists will reinvent themselves, joining microbiome companies or synthetic biology startups where they can apply their microbiology smarts.  Octagon lost one of our best scientists to organism engineering company, Ginkgo Bioworks. If this trend continues, antibiotic discovery and development may well become a lost art.

Public measures designed to incentivize development of new antibiotics are woefully inadequate. No amount of grant funding will make up for a market that is hopelessly broken. Merck CEO Ken Frazier put it well: “Sometimes new drugs are not available, not because the price is too high, but because it is too low.” New ideas are being explored, such as subscription models that decouple sales from volume while guaranteeing annual minimums, but these are little more than thought experiments at present and may only work in single-payer healthcare systems.

If our industry truly believes we have a responsibility to put patients ahead of profits, we need to work to fix this broken market rather than ignoring the problem in favor of more profitable disease areas. There are major externalities driven by access to new effective antibiotics. Without the ability to treat infections, simple procedures such as C-sections or hip replacements will present enormous risk, and cancer mortality rates will skyrocket. Without real market reform, antibiotic development will continue to be uninvestable, and these medicines will not be available to patients who desperately need them. 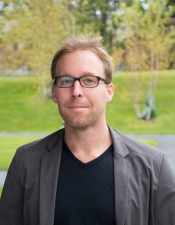 Isaac is the co-founder of Octagon, a drug discovery company developing targeted metabolic inhibitors for autoimmune disease that is based at LabCentral.  He has spent his career building early-stage life sciences companies as a scientist, operator, and investor.  Isaac is a contrarian who believes that market inefficiencies present business opportunities but, in this case, he was wrong. More opinion pieces can be found at https://medium.com/@isaacstoner