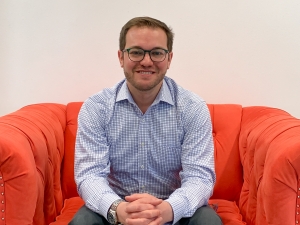 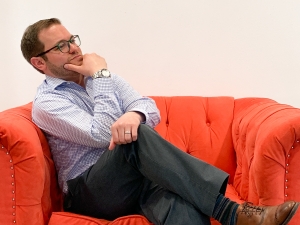 Gordon Carlson is the bioanalytical chemistry lab operations manager at LabCentral.  He provides managerial support for the lab operations team, oversees the LC/MS laboratory, and assists residents in all things science.  Prior to LabCentral, Gordon worked as a synthetic peptide chemist at Ipsen and Aileron, line cook at Journeyman restaurant and, more recently, on the instrumentation side at Waters and Biotage, holding field service, technical sales, and global marketing roles. Gordon earned a bachelor’s degree in chemistry from Union College in Schenectady, NY.

Favorite Science Project: “In junior high earth science class, I tracked the 4 visible moons of Jupiter using a reflector telescope over several months, waking up at 2am to observe, mark positions, and sometimes capture long exposure images on film.  On one especially clear night, we were surprised to discover that Jupiter has rings!  20 years later, my Dad still has not forgiven the state trooper who shut down our observations one night because he was uncomfortable with the vaguely rocket-looking telescope that appeared to be pointed at downtown Albany.”