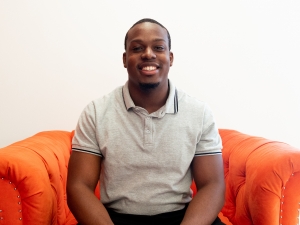 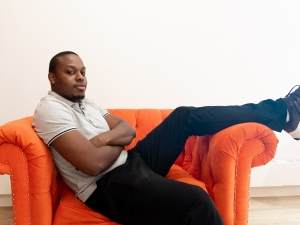 Lesly Lamothe is a part of the Information Technology team at LabCentral. He supports & enhances the systems used by fellow employees and residents at LabCentral. In addition to this he assists his team with making processes more efficient & user friendly. He spent 2 years working for BestBuy as a Geek Squad Agent gaining experience with customer service & computer hardware/software troubleshooting. Lesly earned his bachelor’s degree in Information Technology from the University of Massachusetts Boston. Outside of work he enjoys working out, playing basketball, playing video games, & watching anime.

Favorite Science Experiment: In high school I had a science fair project about the Bystander Effect, a social psychological theory about how people are less likely to help others in public because they believe someone else will help them. My friends and I would go out in different areas of Boston and put this theory to the test by pretending to need help and record how many people helped us compared to how many did not. Let’s just say not a lot of people helped us! But that’s okay! We had a lot of fun during our experiment, and we learned that this theory is in fact a real philosophy that people use when in a crowd. We also learned for ourselves to take the initiative and help someone in need even if we think someone else might help.