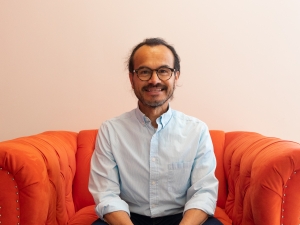 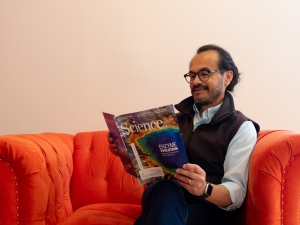 Prior to LabCentral, Juan was Principal Scientist at Novartis designing and developing new assays for drug development and identifying new targets for autoimmune conditions. He has over 20 years of drug development experience working in big pharma as well as star-up companies like the ones housed at LabCentral. His in-depth drug development knowledge will complement the science operations team engaging with resident companies to aid in their success. Juan obtained his BS in Microbiology and Chemistry from San Francisco State University.

While Juan is not working at LC, he enjoys the outdoors discovering new trails for walking and biking.

Favorite School Science Project: In Middle school we wanted to find out what will happened to an egg when socked in vinegar. While the calcium carbonate becomes carbon dioxide gas going into the air, the underneath soft tissue leftover will bounce when thrown against the floor without breaking.