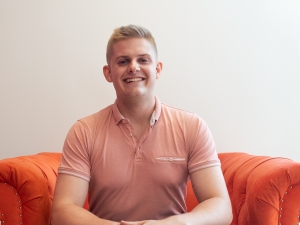 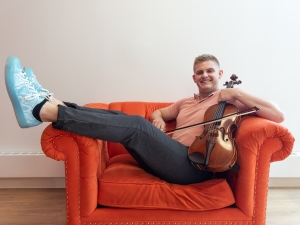 Adam Kohlbus is the Operations Associate at the Blavatnik Harvard Life Lab in Longwood where he works as a point of contact for residents' operations needs. Adam previously worked in Operations within the field of Artistic Administration, where he worked for organizations such as the New England Conservatory of Music and The Philadelphia Orchestra. Adam earned his Bachelor’s in Viola Performance from Temple University and his Master’s in Viola Performance from McGill University. Outside of work, he enjoys working out, trying new breweries, and seeing drag shows and live music.

Favorite Science Experiment: For my high school AP Physics science fair, I did an experiment where I investigated the effect that torsion (twisting) waves play on a bowed string instrument. I took a bass string, attached copper coils with epoxy, and positioned it in within an electromagnetic field in such a way that when the string was bowed, the torsion waves caused the coils to move and exhibit flux. Although I learned that epoxy is not necessarily my friend, I had a blast combining science and my musical side.