LabCentral is growing! Come join our team and immerse yourself in supporting cutting-edge life-sciences companies

Our mission is to provide stewardship of MIT's financial resources.  MITIMCo is a professionally staffed investment organization structured as a division of MIT. MITIMCo has a staff of approximately 50 employees and works with the assistance of investment advisory firms to help the university meet its investment goals. In addition to managing MIT's endowment, MITIMCo manages the employees'  defined benefit retirement pool, the Retiree Welfare Benefit Plan, and advises the University on various other financial decisions.

BioLabs are the premier co-working spaces for life science startups — unique places where you can test, develop and grow your game-changing ideas. As entrepreneurs and investors ourselves, we have first-hand experience with the pain-points biotech start-ups face. Our goal is to change how scientific entrepreneurs do business by building an ecosystem that empowers bioinnovators to grow quickly, while maximizing capital efficiency. 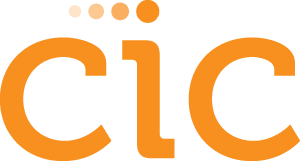 Overlooking the Charles River and the MIT campus, and literally across the street from the MBTA Red Line station in Kendall Square, CIC is the area’s largest and most popular flexible office space facility for small and fast-growing companies.

CIC’s spaces and services are designed to meet the needs of today’s technology-oriented companies. Our clients, many starting at CIC when they were just a few people, have raised over $1.7b in venture capital since we started keeping track in 2001.

At CIC, we enable you to focus on making your business successful. We provide’instant on’ facilities and enterprise-class services at rates that are more cost-effective for small companies than traditional leases (and, to boot, we don’t lock you in to a lease!). Our residents are mostly growing technology and life sciences companies, professional service firms, and venture capitalists.

Our clients frequently tell us that shoulder-rubbing among the investors and other emerging companies located in the center makes CIC an enjoyable place to work. While there is no expectation to do so, we find clients frequently choose to interact and leverage each other’s expertise and networks to uncover new opportunities and build new relationships.

Mission BioCapital brings together two life science venture firms: BioInnovation Capital and Mission Bay Capital. For years, we have shared the same team and the same vision. Now, we share the same name. Our national network of over 200,000 square feet of fully functional, co-working lab and office spaces is in the nation's foremost biotech regions. Working in these facilities, we enable entrepreneurial teams to conduct discovery and development alongside other world-class innovators.

Our investments focuses on the life science innovators within our shared lab network, enabling a three-dimensional approach to investments. We invite you to learn more about our unique investment strategy, our proprietary network and the entrepreneurial journeys of our portfolio companies. The best way to connect to us is by being part of our lab community.  This is one of the only platforms built by entrepreneurs for entrepreneurs.

The Massachusetts Biotechnology Council is an association of more than 600 biotechnology companies, universities, academic institutions and others dedicated to advancing cutting edge research. We are the leading advocate for the Bay State’s world premier life sciences cluster.

We drive innovation by creating a forum for the biotechnology community to come together, educating the public and policy makers, influencing public policy and advancing the economic interests of individual companies, as well as the sector as a whole.

We envision a creative and inspired society in which everyone recognizes that they can define their future, and is empowered to maximize their impact.

In 2006, QB3, a research institute and accelerator headquartered at the Mission Bay campus of the University of California, San Francisco, repurposed a utility room into the QB3 Garage, the first technology incubator in the UC system.

“It’ll never work,” their advisory board said. “It’ll be an intensive care unit for sick companies.” But of the first six startups through the Garage, four won Series A venture funding and a fifth was acquired within two years for $25 million. Quality was clearly not an issue. Furthermore, demand was high. Garage founder Doug Crawford received one to four requests a week from entrepreneurs looking to rent bench space.

Over the following years, QB3 shoehorned incubators into several small sites at UCSF and UC Berkeley, and helped private affiliates launch two other spaces. More than 60 companies passed through these sites, creating hundreds of biotech jobs and bringing in over half a billion dollars of funding. When asked what they valued most in an incubator, the founders answered: access to scientific equipment, and being around other entrepreneurs.

Doug kept these answers in mind, and in 2012, jumped on the opportunity to lease and refit a warehouse in San Francisco’s Dogpatch neighborhood. He worked with Ryan Guibara of Dewey Land Company to design a new incubator literally from the ground up, implementing everything that QB3 had learned from years of working with early-stage biotech startups.

The result was MBC BioLabs, a full-service incubator offering laboratories, office space, meeting rooms, a la carte access to basics such as fridges, freezers, glasswash and autoclave, a stockroom, and an in-house staffed CRO facility with millions of dollars’ worth of equipment donated by partners GE Healthcare and American Laboratory Trading.

MBC BioLabs launched in October 2013 with founding partner JLabs. Within six months, it was at full occupancy, and profitable within a year. Today, with 40+ resident companies, MBC BioLabs is the leading biotech incubator in San Francisco. Enabling awesome, one bench at a time.